The history of Athens Art & Frame 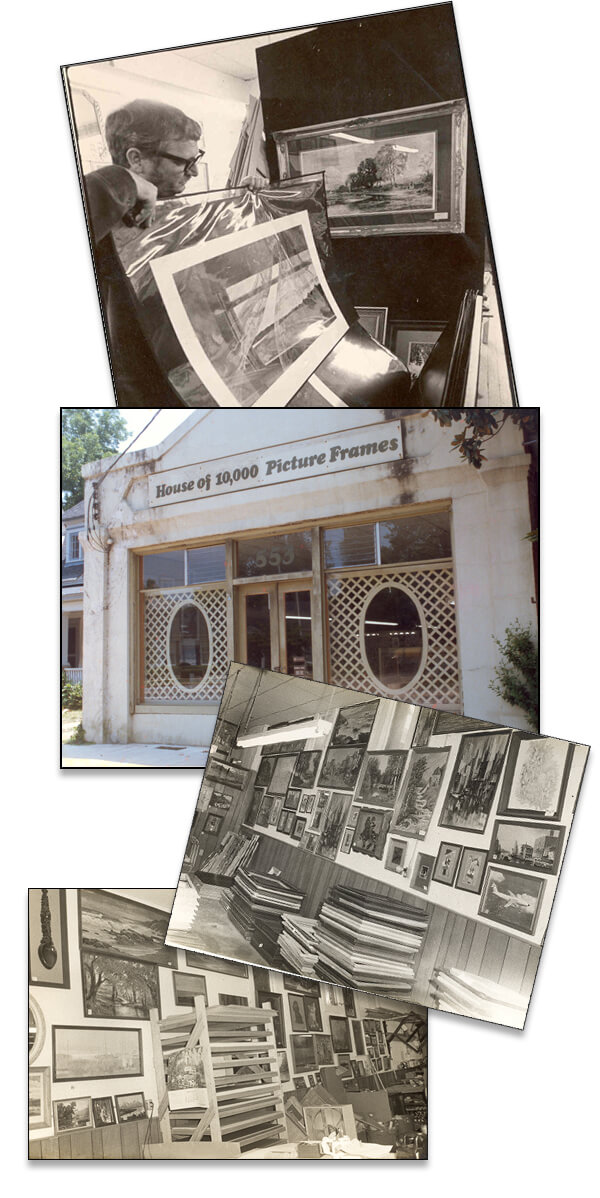 This August 2020, Pam and I will celebrate the fiftieth anniversary of our company - it was with the help of our community, loyal customers and incredible employees that have made us successful. We have had and are still on an incredible journey - here is our story-

In the summer of 1970 Lee Hendrix, Pam’s father, resigned his position selling aircraft for Lockheed in Marietta, sold his house and moved to Athens, Georgia for the purpose of starting his own picture frame store.

After securing a lease at 553 Prince Avenue, Mr. Hendrix opened the doors of The House of 10,000 Picture Frames on August 1,1970. This was the first full service picture frame business in Athens.

We are located in Athens, GA, off of Epps Bridge Parkway, next to Catch 22 Gastro Pub and in front of Kohl's.